How to use law school rankings 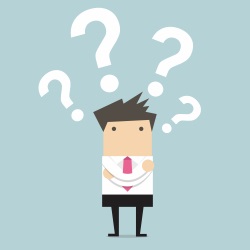 Law school rankings play an important role in helping applicants choose the law schools they will apply to. Is
this justified?

This is a very tricky area, even though it is not by any means inappropriate for applicants to use them like this. Rankings are barely an art form, let alone scientific, because of the methodological problems involved in their creation. An immense amount of information must be reduced down to a few factors that can then be used to calculate ‘scores’ to allow readers to differentiate among schools. Even in the simplest of universes, this would be difficult.

For instance, how important is it to have a library of 1,000,000 volumes rather than 600,000 volumes, and how does that compare with having a student body TOEFL average of 620 rather than 640? Is the school with 1,000,000 volumes and a TOEFL average of 620 better than the school with 600,000 and 640, respectively? Or is it equal to it or worse? It is not obvious how the two schools should be compared, even when two relatively simple quantitative measures are employed. The problem is made infinitely more complicated when numerous other factors are considered, especially because many of these are inherently subjective rather than easily and objectively quantifiable.

Rankings are useful as a very rough guide to the reputation and quality of different law schools. Most people take them too seriously when considering where to apply. The schools differ enough in their goals, programs and atmospheres that a person well served by one may be poorly served by another.

These concerns give rise to some guidelines for using rankings:

Where there are multiple rankings available, look at as many as possible and consider the consensus rather than one ranking. Consider this consensus view as no better than a very rough approximation of the appropriate tier for a school.

Because you should be looking for the best program to meet your specific subject and other needs with an atmosphere in which you will thrive rather than just trying to get into one of the best law schools in the world, the rankings have only a modest part to play in helping you to find this program. They have little to say about which school will provide the courses that will be most useful, the connections that will matter most for the job and region in which you wish to be employed, the academic and social environments at each school, and other key factors.

More important than the rankings will be the research you do concerning the details of specific programs.

Choosing You Master Of Laws