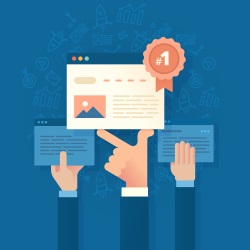 LLM university rankings are often used by prospective law students to decide which law school or unversity
they would like to attend to study their LLM program. Law schools are ranked on the basis of empirical data and qualitative data, and this data is collected by means of surveying lawyers, law professors, students, etc. Different law school rankings use different methodologies and criteria for ranking the schools, and focus on factors such as academic and research standard, future employability of students and student-staff ratio. Various law school rankings exist for law schools in different countries including Guardian University Guide: League Table for Law and the Times Good University Guide to Law in the UK; Top US Law Schools, Leiter’s Law School Rankings and Vault Top 25 Law Schools in the USA; and Maclean’s Ranking of Canadian Law Schools and Gourman Report Ranking of Canadian Universities in Canada.

Law school rankings are a convenient way for students to determine which the leading institutions in their respective fields are. The legal industry is cut throat and students will need to boost their profiles in any way possible. Attending universities which are placed higher on the university rankings are often better known to employers and therefore, the chances of students from these institutions finding employment easily after completion of their LLM program is potentially are higher.

Do some law schools manipulate the rankings?

The law school rankings play an important role in the legal educational sector, when a law school’s ranking drops, the number of students accepting a place to study at the institution also declines. Conversely, when a school’s ranking rises, the number of students enrolling also increases. It has been stated that this importance attached to law school rankings results in law schools “gaming” the rankings. In an article written by Jane Easter Bahls in Student Lawyer in March 2003 it was stated that, in order to appear more selective, some law schools reject applicants whose high LSAT scores indicate that they probably would go somewhere else. Other schools, in an attempt to increase the amount of money spent per student, increase tuition and return it to the students as financial aid.

There are various criticisms which are often lodged against law school rankings. Law school rankings can be confusing to use at times, as various rankings are published and it may be difficult to reconcile the rankings. They are also often considered to be arbitrary and it is not always made that clear how the data is collected. 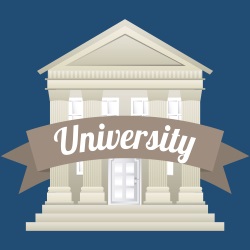 It is advised that while law school rankings are useful to determine which may be the leading universities, students should not blindly refer to law school rankings in choosing the university they wish to attend. It is a common mistake for students to base their choice of university solely on how a school is ranked, ignoring other considerations such as the faculty, scholarships and funding, reputation of the university specifically in the subject you are interested in studying and school’s bar passage rate.

Location of the university is also an important consideration for students while choosing the university. Therefore, deciding on a law school is also a matter of personal choice, convenience and appeal of the university for the students and cannot necessarily be based on rankings alone. Students are best placed to judge the appropriateness of law schools for themselves and there is no “one size fits all” ranking.  Students are advised to be careful while referring to law school rankings and should be mindful of other factors which will influence the success of their study and their future employability. Further, if you are interested in seeking funding or scholarships from the university it may be better to look for a college which is not placed top in the law school rankings but has a good faculty and reputation in the subject or specialization you are interested in studying. This will improve chances of obtaining funding as these schools may not be as competitive and will also ensure that a good quality education is received. You may also find that the tuition fees are living costs are more reasonable at these institutions making your LLM a more affordable option.