As the global economy is becoming increasingly integrated and as LLMs are more and more important in today’s society, lawyers must increasingly have an international legal perspective.

In recent years, law has become much more globalised as a profession. There have been many mergers between European and US law firms, as well as between those in the various parts of Europe itself; other firms are increasingly working together across national borders and continents. Similarly, legal regimes themselves are becoming more and more international. In Europe, for example, it is routinely noted that more than 50% of new legislation, even in highly developed EU member countries, comes from Brussels, rather than from within the individual countries themselves.

These developments mirror the needs of governments, businesses and individuals, whose affairs are increasingly international. In most areas of legal practice, you can now expect to have an international dimension that would not have existed 20 years ago. It is perhaps unsurprising that corporate merger and acquisition specialists in sophisticated practices are likely to face deals with international dimensions. Cross-border acquisitions frequently hit the headlines.

Yet it is not just such high-flying corporate types who face international complications. For instance, divorce lawyers with clients leading lives in multiple countries now routinely have to counsel them whether to sue for divorce in London rather than Brussels, or New York rather than Frankfurt. These clients potentially have a choice of where (as well as whether) to seek a divorce, so the question of where to do so can be momentous, given the massively different outcomes that are likely in different places. Thus, even the most mundane practices may require knowledge of one or more foreign legal systems.

Looking for funding for postgraduate studies? Check out the exclusive bursaries on offer from Postgrad Solutions.

Where does an LLM fit into all this?

First law degrees, which are generally completed in three years, leave little time to get to grips with one legal system. In fact, most students feel they have had just enough time to become acquainted with the basics of local law and the beginnings of whatever they intend to make their specialisation. There is unlikely to be sufficient time to master these basics and to travel abroad in an exchange program lengthy enough to permit mastery of a second system. For those whose practices will (or do) involve a substantial international dimension, an LLM can therefore be a very sensible next step.

It can also serve another, powerful purpose. In some countries, such as the US, an LLM can qualify a foreign student to practise law in that country. (The American rules governing this, however, are complicated, not least by the fact that each of the 50 states sets its own terms for admission of lawyers to practise, so it’s worth checking the details before going ahead with this.)

What about LLM study abroad?

Having decided to do an LLM to learn about another country’s legal system, it is not obvious that you should go abroad for the program. After all, studying locally may provide an opportunity to do an LLM on a part-time basis and thereby continue working full time. By the same token, more financial aid may be available locally.

On the other hand, doing an LLM abroad offers opportunities not readily available locally. For instance, if you are Canadian and choose to do your LLM in Germany, you can:

Do all of your coursework in German and speak German outside the classroom too.

Develop your understanding of German society and culture, without which a knowledge of law is incomplete.

Learn how German lawyers are trained and practise.

Have in-depth experience of a whole host of German legal institutions, from the local and national bar association to various courts.

Develop a substantial network of professors and students working in related fields.

Make contacts with local law firms and other employers, giving you the chance to work for them (in Germany or elsewhere).

Local programs will be able to offer no more than very weak approximations of these (and other) benefits. 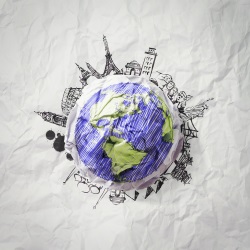 Our Choosing an LLM section discusses how to choose a suitable course. By all means consult it in this regard, but keep in mind that choosing a programme abroad may introduce a new dimension. The differences between common law and civil law, discussed below, also have their analogies in differences in teaching methods in law schools. Common-law programs – and courses – tend to be smaller than those in civil-law jurisdictions.

It is not just the size that tends to vary. Courses that are case-oriented are typically more participatory than are statutory courses. In the US, for instance, students are not generally expected to be mere note-takers during class. Instead, they are meant to be active participants, responding to professors’ questions, and jumping in with their own questions and views. This tends to be true in most courses, not just small seminars. The traditional Continental European model, where classes are based on a professor lecturing and students passively absorbing ideas, is almost a complete contrast to this approach.

There are a substantial number of different legal systems in the world, including the remnants of socialist systems (ie Cuba, China, North Korea and Vietnam), tribal systems and so on. The two most influential, however, are clearly the common-law and civil-law systems. Given their importance, their increased interaction in the ever-more global legal world, and their growing closer together as a result of mutual influence on one another, there is a strong argument for doing an LLM focusing on whichever system is unfamiliar to you.

Thus, someone educated in the French legal system (one of the most influential civil-law systems in existence) could well benefit more by doing an LLM in the UK, Ireland or the US (or elsewhere in the common-law world) than pursuing a degree in Italy, where the legal tradition is so very similar to that in France.

The differences between the two systems go far beyond the most obvious difference – in civil-law systems only statutes enacted by legislatures (and regulations) are law, whereas in common-law systems, there are multiple sources of law, including prior decisions by courts. The differences between the two systems could go on at great length, but the chart serves our purpose of showing that the two are indeed very different – and therefore worthy of study.

Legal Careers in the UK

Legal Careers in the USA

The Importance Of Networking During Your LLM Studies