LLMs (Master of Laws) in the USA: an Overview

One of the world’s leading providers of LLM programs, the US’ law schools have high-quality facilities, extensive legal databases and excellent reputations.

The law has been relied on in the US to settle disputes between people of different cultures that might never have arisen in other, more homogeneous, countries. This has resulted in a legalistic culture that offers lawyers status and an opportunity to earn very substantial amounts of money, encouraging many of the best and brightest American students, along with those from other countries, to go to law school.

Law in the US is unusual in another important regard, too. The first degree offered by American law schools – the Juris Doctor (JD) degree – is actually a second degree for those who obtain it. This is because JD programs are open only to holders of a first degree (normally in a non-legal field). Thus, legal studies are postgraduate programs in the US.

Search our database of LLM programs in the USA

Why the US should be considered for LLMs

In the increasingly global legal market, lawyers in more and more specialities need to master more than one legal system. Doing an LLM abroad is one way to accomplish this. Doing so in America offers many advantages for a foreign lawyer, providing the opportunity to develop not only knowledge but also a strong contact base.

Here are 6 reasons why you should study your LLM (Master of Laws) in the USA:

1. A knowledge of American substantive law – and legal institutions – is helpful for those whose clients will have interests in the US, or who will represent American clients abroad. Given America’s substantial global diplomatic role, diplomats and other government officials can benefit from such knowledge as well.

3. Learning common (or ‘case’) law method and its attendant reasoning process is particularly valuable – and surprising – for lawyers trained in civil law.

4. The sophistication of the US legal system makes it an influential example for those looking to redesign their own systems as well as for interpreting current laws. Knowledge of it is therefore of value to judges, regulators, practising lawyers and others.

5. Future interactions with American lawyers are made easier by an understanding of how they are trained.

6. Studying at a top American school (eg Harvard, Yale, Stanford, and so on) is a marvellous addition to your CV.

In addition, the leading American law schools boast all of the supporting services that will allow you to get the most out of your experience: massive library collections, fully wired campuses with extensive legal (and other) databases, computer technical support and instruction, professional career advice, etc.

Although many American law schools are quite large, with as many 2,000 students in total, most LLM programs are quite small. Stanford, for instance, offers an LLM with a specialisation in either corporate governance and practice or law, science and technology. It enrols just ten students per year in each specialisation. As a result, students can benefit from the extensive scope of such a school without sacrificing the close-knit feature of being on a program with just nine other students.

The US LLM programs

Over 100 American law schools offer LLM degrees, which cover a large range of subjects. It is not just the subject matter that differs amongst programs. For instance:

Some programs are designed for American students, others for foreigners and still others for both.

Some allow you to take one or more courses in other parts of the university (such as the business school).

Practicalities of a US LLM (Master of Laws) program

Length of a US LLM program

Programs last approximately nine to ten months. Most programs in the US are full time, but even those part-time programs that do exist are generally closed to foreigners due to visa complications.

Start dates of a US LLM program
Most programs start in August.

Timetable for applications
Schools usually start to accept applications in September or October of the year before classes start. Final application deadlines range from early January to late April of the year in which you intend to start the program, but it is generally a good idea to apply as early in the admissions cycle as possible. Note that applications are not considered until every required component has been submitted.

Entry
All foreign candidates must hold a first degree in law from a university recognised by the American Bar Association or its foreign equivalent. Unlike many European and other LLM programs, American law schools require that LLM candidates are law school graduates.

Language ability
A TOEFL score is required of those whose first law degree program was not in English. Although schools will state a minimum score (often 600 on the paper exam, 250 on the computer-based exam), the need for strong English language proficiency to participate successfully in and out of class means that schools generally favour applicants with scores substantially above their stated minimum. Essentially all schools require the TOEFL, rather than accepting IELTS or Cambridge exam results.

Undergraduate transcripts
You may have to explain the grading and honours systems in effect at your law school because American schools may not be very familiar with them, and therefore fail to appreciate your achievements.

References
One to three is the norm, with at least one from a law professor required.

Interviews
Required at a minority of schools. Often done over the phone.

CV (résumé in the US)
A CV or resume is not always required, but you should submit one anyway. Make sure that it is brief (preferably one page) rather than a multi-page curriculum vitae, highlighting your education and achievements.

Getting in
The lesser schools are not difficult to get into, but the top schools have anywhere from three or four to ten applicants per place. For instance, NYU (New York University) had over 2,200 applicants for a class of 425, and the University of Virginia had over 500 for a class of 50.

Financial help
Little financial aid is available for LLM students. Expect to have to pay your own way – and to have to prove your ability to do so to qualify for a visa.

Course structure
Many LLM programs offer the opportunity to design your own program, with the exception of a required seminar or two designed to introduce you to American law, legal reasoning and research. Others require you to choose most of your courses from within a specific department, such as taxation.

Part-time work
During the program, your visa will permit employment on campus (ie working for the school) of up to 20 hours per week, but the rigours of the program often make this impractical. However, check with your program tutors, as the conditions may differ from institution to institution.

Staying on
Under current visa regulations, you are entitled to remain in the US to receive ‘limited (additional) training’. The programs are not designed to help you remain, but many students manage to do so. This involves not just attracting a potential employer; you will also need to pass a state bar exam (some of which are very rigorous), which will involve another six weeks of intensive study.

Teaching methods of a US LLM (Master of Laws) 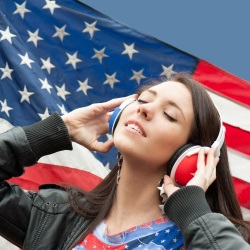 The traditional method of instruction in American law schools is little seen outside the US. The misnamed ‘Socratic method’ involves professors calling upon students to answer highly specific questions about the required reading. The first student called upon regarding a given case is likely to be asked to give an overview of it: to state the court, parties, facts, issues, holding and rationale behind a case. The follow-up questions may start by asking about the specifics of this case, but will soon venture afield into hypothetical matters. The professor will twist the facts of the case to determine what causes you to believe, for instance, that the court was right in its decision.

For example, ‘If the bus had not contained a bunch of convicts being taken away for execution, but instead a group of nuns, would you still claim that the driver who rammed into it, killing three, should not be held liable?’, ‘What if the driver was drunk at the time?’, ‘What if the driver had not had a driver’s licence?’, and so on. This method of instruction places a very high premium upon your English-language ability.

There are two basic types of LLM degree program offered in the US. One is offered specifically for lawyers who haven’t trained in America. It is generally meant as an introduction to American law, with the chance to take some advanced courses in one or more fields. The other, meant more often for lawyers trained in the US, but frequently open to foreign-trained lawyers as well, is devoted to advanced study of a certain subject. However, some US law schools offer a multidisciplinary LLM which both international and US students attend, such as The Fletcher School of Law and Diplomacy's LLM in International Law.

William and Mary’s LLM in the American Legal System provides training for foreign-trained lawyers. The degree allows students to design their own study program, choosing courses from the many dozens offered to JD students. Only 15 of 24 required credits need be taken in the law school; the rest can be earned in other departments.

NYU’s LLM in International Taxation, on the other hand, requires that students focus their studies on one subject only. Of 24 required credits, 15 must be taken from a set of core tax courses. Another five must be in other tax classes, with the final four taken either in tax or non-tax courses.

Popular LLM Specialisations In The US

Reasons To Study Your LLM Program In The USA

Top 5 Destinations For LLM Students In The USA

Applying For An LLM

Reasons To Study Your LLM Abroad