Studying an LLM (Master of Laws) Program in Tennessee

The Pulitzer Prize winning writer and poet Robert Penn Warren once wrote, "The end of man is knowledge", and what better place to attain this knowledge than Warren's home state of Tennessee?

The 17th most populous state in the United States, Tennessee has long been associated with the American pioneer spirit. The adventurer and frontiersman Davy Crockett was born in this state, as were a host of generals, writers, and poets. Today, the state is best known as the spiritual home of American music. Memphis, the capital of the state, was the birthplace of rock 'n’ roll, the city where Elvis Presley, Johnny Cash and Carl Perkins recorded their first albums. Nashville, TN, on the other hand, is known as the country music capital of the world.

Tennessee is a landlocked state and surrounded by eight other US states including Missouri, North Carolina and Georgia.

Search our database of LLM programs in the USA

Music isn't the state's only export, however. Tennessee is also famous for its educational institutions, many of which rank among the finest in the country. Vanderbilt University in Nashville, TN, for instance, frequently ranks among the 20 best universities in America. Nearby University of Tennessee in Knoxville has an equally strong reputation.

Where & what to study in Tennessee

Vanderbilt University is perhaps the best known educational institution in Tennessee. Located in the "Music City", aka Nashville TN, this private university was established by rail magnate Cornelius Vanderbilt in 1873. Over the years, it has produced seven Nobel laureates, several Fields Medal winners, and even two Vice-Presidents of the United States. The university's attached law school – Vanderbilt Law School – frequently ranks among the 15 best law schools in the country.

Some of the LLM programs available in Tennessee include the LLM Program for Foreign Lawyers and the Joint LLM/M.A. in Latin American Studies, both at Vanderbilt University. 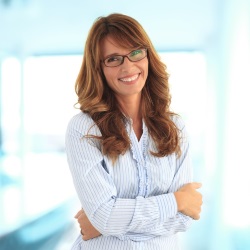 "Despite its reputation as one of the best law schools in the country, Vanderbilt – or Vandy to students – is a really low profile, friendly place where "everyone knows everyone". That it is located in Nashville and boasts a cheaper cost of living than any place up north is also great"
Howard K, Vanderbilt University alum

As with most legal education, LLM programs can be expensive. The annual tuition fees for the LLM program at Vanderbilt University, for instance, is $47,746. Along with books, housing, food, transportation and personal expenses (including health insurance), you are looking at annual costs of upwards of $70,000 for a year (Vanderbilt estimates it at an exact $70,786).

Altogether, expect your LLM program to cost in the vicinity of $60,000-$75,000 for the whole year. The cost will also depend on how much you choose to spend on food, rent, etc. Luckily, the cost of living is relatively cheap in Tennessee, especially when compared with major US cities like Boston or New York.

LLM programs tend to be very selective, and the ones in Tennessee are no different. Since Vanderbilt has the most prominent LLM program in the state, a closer look at its admissions criteria can give us greater insight into the general process in the rest of the state.

Since an LLM is essentially a graduate program in law, you need to have an undergrad degree – i.e. a J.D. if you studied in America, or a LLB or equivalent if you studied outside the US – to apply for admissions. Since the language of instruction is English, you also need to demonstrate high proficiency in the language to get admitted to the program. TOEFL (Test of English as a Foreign Language) or IELTS (International English Language Testing System) scores are required if your native language is not English. You may also be able to skip these testing requirements if you completed your LLB/undergrad in a country where the native language and the language of instruction in your university was English (say, Canada, Australia, UK, etc.).

You will also need to include college transcripts along with your application. Most universities will also ask you to submit at least two letters of recommendation from your peers, seniors or supervisors. An essay or personal statement of interest describing why you want to apply for a LLM degree are also required. You must also document your prior work experience (if any) in the legal field along with your application.

If you are applying for the Thesis track, you might also be asked to include a legal writing sample, though this is not a requirement in every program.

As an international student, you will have to demonstrate English-language proficiency to get admitted into a LLM program (see 'Admissions' section above). Once you have a confirmed admission, you will have to apply for a student Visa at your nearest US embassy. Visa requirements vary from country to country, though at the very least, you will be asked for proof of admission (the letter from the university would suffice) and proof of adequate funds to cover your entire studies (usually a bank statement). For more details, please consult the official US immigration website.

What to do when you aren't studying 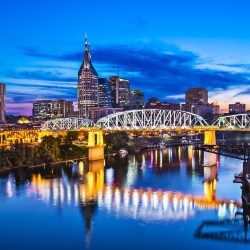 Memphis and Nashville are the two largest cities in Tennessee. They are also the two best places in the country to catch new music and relive the memories of your favourite musicians of old. The Country Music Museum in Nashville is often considered the mecca of country music in the country and attracts millions of visitors each year. Those interested in rock 'n' roll would love a tour of Sun Records in Memphis, where Johnny Cash and Elvis Presley recorded their first albums.

Tennessee is a beautiful state with a long, rich history. Take a trip down the Mississippi river on a riverboat – the kind Mark Twain once piloted! – or relive America's civil war history in Franklin, TN. Climb up "Rock City" in Chattanooga, which offers stunning views of seven different states, or head out for a safari at the Tennessee Safari Park in Alamo, TN.

There are tons of things to do in Tennessee, from music and museums to hiking and adventure. That it also has some great LLM programs is just the icing on the cake!

What other US states can you study in?

There are plenty of LLM opportunities for those interested in the living and studying in the United States and we have essential LLM study guides to over 20 US states, including:

Studying An LLM (Master of Laws) In The USA